A dynamic ambient light for TV sets patented by the PHILIPS company that animates colors to match picture content. Advantages: Optical magnification of the image, atmospheric room lighting, easy on the eyes.

CI+ modules are small plug-in cards for CI slots that are used to accept smart cards (e.g. HD+, Sky). This allows you to receive encrypted radio and TV channels and thus also replace your Sky Receiver. This allows for easier operation.

DR is the abbreviation for Digital Recording and a standard of LOEWE televisions. It offers the possibility to record two programs on an integrated hard disk (1 TB). The permanent Time Shift records the running program in the background with a 1-hour buffer.

DVB stands for Digital Video Broadcasting and refers to the digital distribution channels used by television broadcasters. Either for cable connection(C), terrestrial(T2, for this you need an indoor or a house antenna) or via satellite(S2, for this you need a parabolic antenna). Satellite dishes have the largest variety of channels.

Access to the networked world: A standard for transmission for wired local data networks (LAN).

The abbreviation stands for Hybrid Broadcasting Broadband TV and is the standard for hybrid TV (TV with Internet interface, also called Smart TV). As a contemporary variant of teletext, HbbbTV enables access to various additional information of all kinds in images, text, sound and video: e.g. TV on demand (video on demand from the broadcasters’ media libraries). 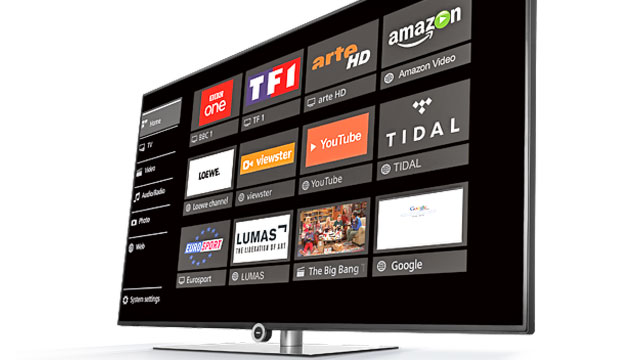 HDR TVsare capable of displaying images with high contrast thanks to the display of 0.05 to 1000 nits, razor sharp and with enormous depth. In addition, these devices are able to map the BT2020 color space instead of the previous REC709. This means that the HDR capable TV can display significantly more colors than an ordinary TV. The standard for this is called HDR Premium. 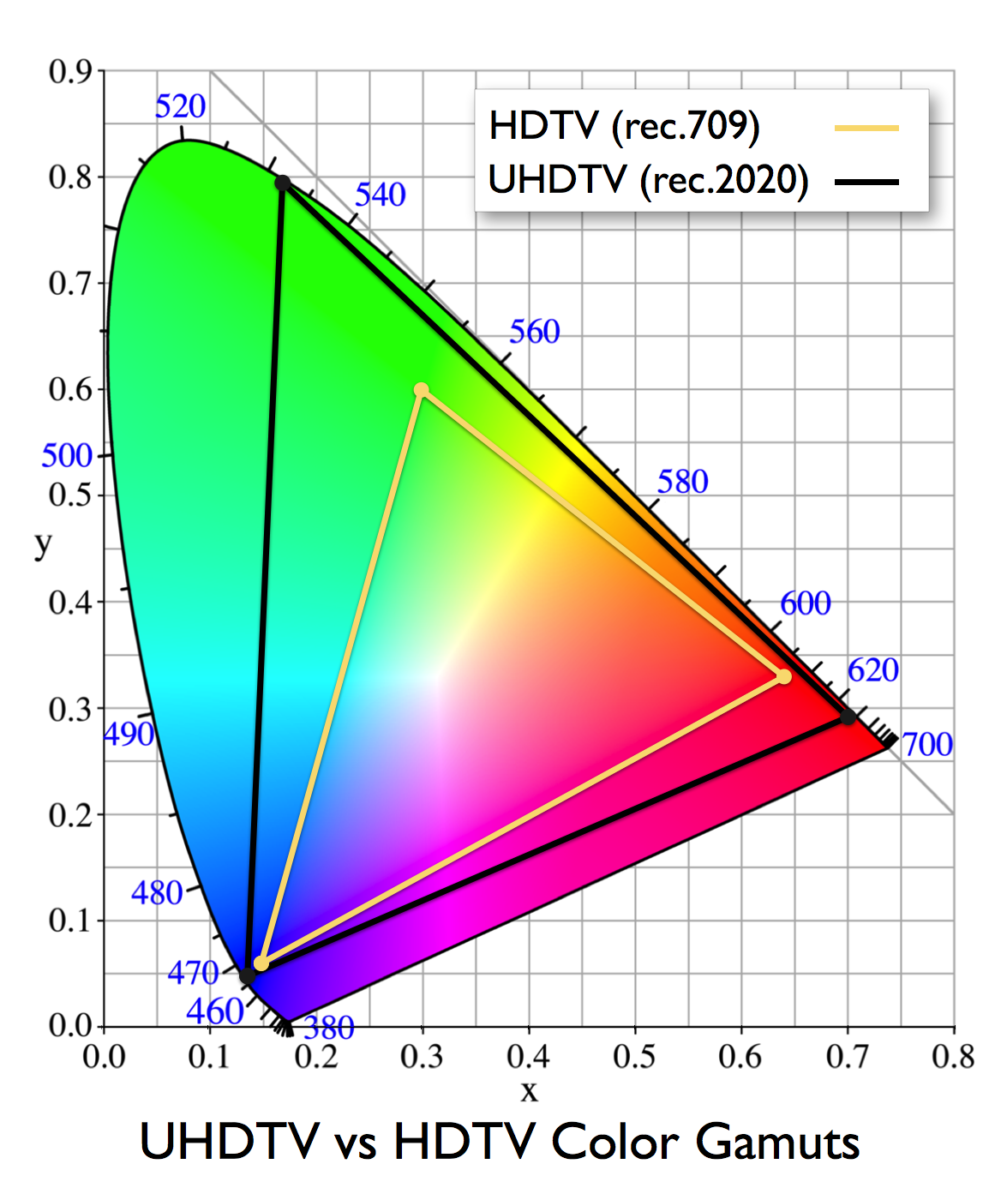 Internet Protocol Television is the name given to the transmission of television programs and films using of the home network. This is supported by Panasonic, for example, and is possible in the cable sector as well as with two satellite lines or one satellite line and one DVBT line.

Normal LED TVs work with LCDs (liquid crystals) that are illuminated by LEDs (light-emitting diodes) as a background (backlight). With OLED TV, on the other hand, the image is generated by organic light-emitting diodes. This allows for a very thin construction. OLEDs deliver deeper blacks, higher contrasts and more brilliant colors. Other advantages are: Good energy efficiency and fast response times. The lifespan of OLEDs is currently 36,000 hours, which means that if you run the TV for 6 hours a day, you can watch TV for about 10 years. 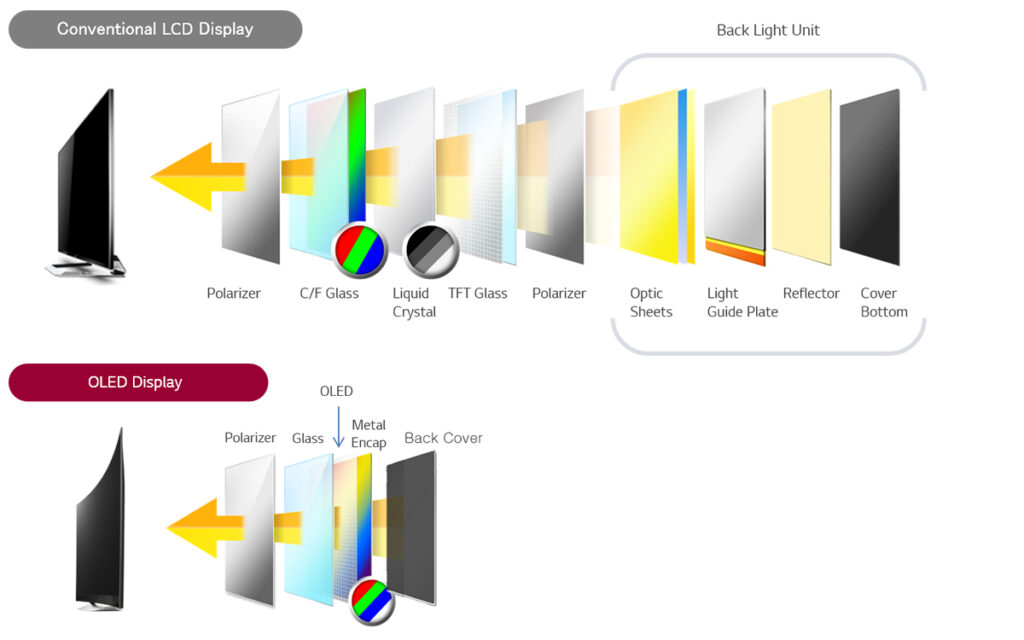 Picture in Picture stands for picture in picture. That is, while you are watching TV, you can pop up a small window where another program is running. For this you need a TV with two built-in tuners.

TVs are called “smart” if they have additional computer functions, such as Internet access and HbbTV, or use apps. Numerous interfaces, such as LAN, WiFi, USB and memory cards provide intelligent networking.

If two triple or quattro tuners are installed, you can watch a program and record another program at the same time. Or watch a soccer game in the kitchen while your family watches a feature film in the living room.

Ultra High Definition Television(UHDTV) refers to a new standard in TV with a picture resolution of 4K. It offers about four times as many pixels as Full HD and thus a razor-sharp image with great depth. You’ll notice this especially when you watch your own 4K photos or 4K movies from the Internet on the TV screen. Samsung’s latest SUHD TV generation uses Quantum Dot technology for its displays. In simple terms, quantum dots are nanocrystals that can transform blue light into green and red light dots. SUHD TVs are characterized by high energy efficiency and color richness.

Thanks to USB interface, many modern TVs can be connected to USB devices and USB storage media. If a TV supports USB recording, it is possible to record programs to a USB stick or USB hard drive. If the TV manufacturer also offers the “Timeshift” function, you can pause a program in progress and watch it later with a time delay. An integrated Twin Triple or Twin Quattro tuner makes it possible to switch to another program while recording.

Web browsers are computer programs that can display web pages, documents and data. Browsers are the user interface for web apps and allow you to browse the Internet with your TV at your convenience. 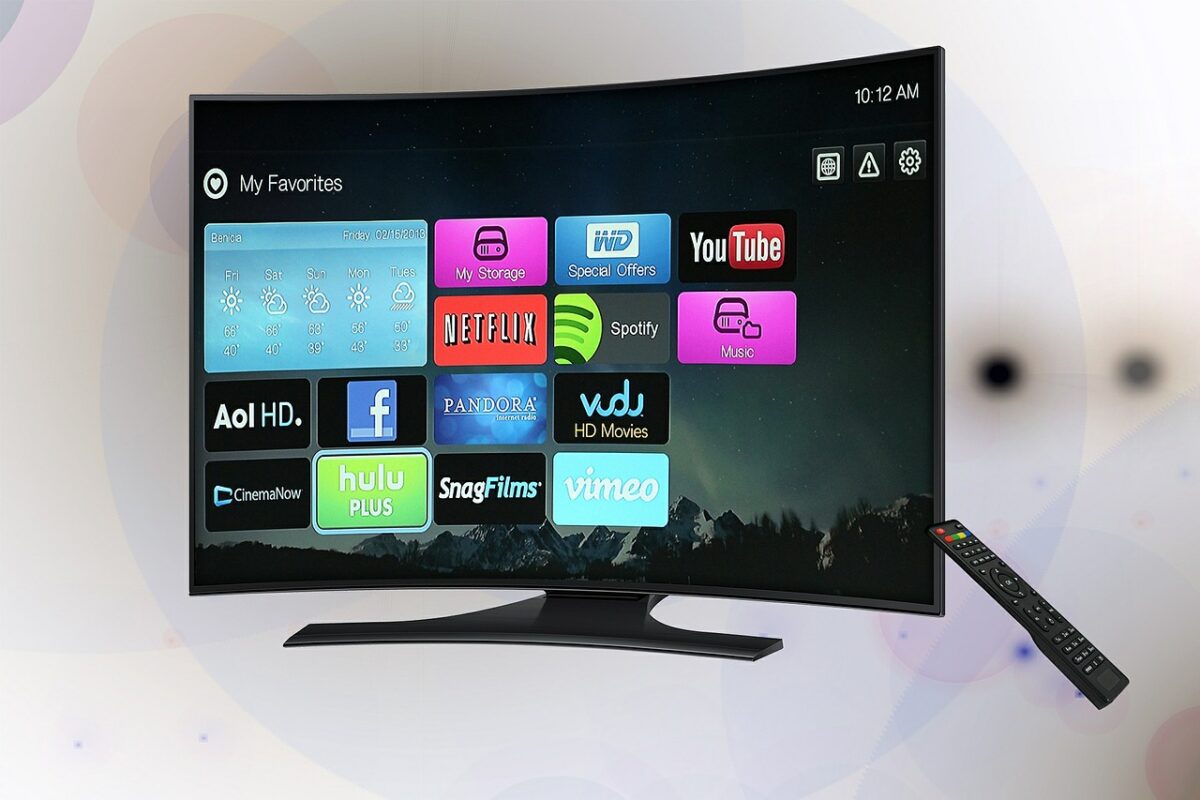 WiFi-enabled TVs offer WiFi and thus the possibility to connect wirelessly to the Internet or home network.